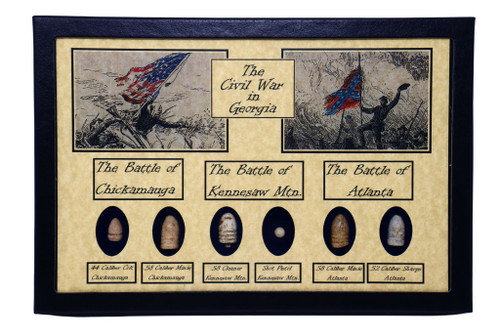 Shot Bullet Relic from the Battle at Chickamauga, Georgia with Display Case and COA

Shot Bullet Relic from the Battle at Atlanta, Georgia with Display Case and COA