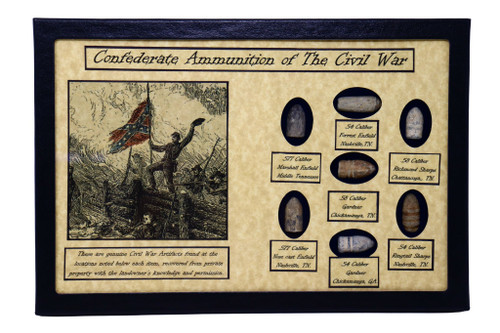 Confederate Ammunition of The Civil War

"The bullets in this case are authentic artifacts of The Civil War and were recovered at the noted locations on private property with land owners permission"
Bullets and locations on display case
.54 Caliber Forrest Enfield - Nashville, TN