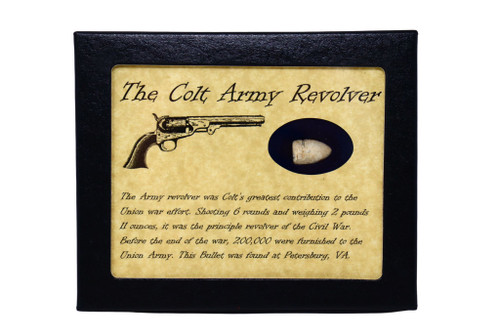 Case Reads:
The Army Revolver was Colt's greatest contribution to the Union war effort. Shooting 6 rounds and weighing 2 pounds, 11 ounces, it was the principle revolver of the Civil War. Before the end of the war, 200,000 were furnished to the Union Army. This example found at Petersburg, VA.
Bullet comes in a 4 x 5" matted glass topped display case.